But first, some backstory.

Gajar halwa arrived to India via the Mughals, who had a strong presence in the northern regions, where my mom's family is from. It is a dessert as rich as the emperors who ate it in eras past yet accessible for the everyday folks who live there today. Precisely three days before we arrive in New Delhi, I Whatsapp my aunty that I want to eat gajar halwa and I want her to show me how to make it. It is a message I send before every single India trip—not because I've forgotten how to make it, but because watching her do so transports me to another world where I feel as luxurious and taken care of as the royalty from which it came.

When we arrive in my mom's hometown of Meerut after a two and a half hour drive from Delhi, my aunty is ready. A giant shredded mound of blazing red carrots rests in the kitchen, softened after a couple whistles in the pressure cooker. She heats the kadhai (similar to a wok), drops in the carrots, and begins layering them with flavor.

First she adds khoya—whole milk that has been cooked down into just its solids. It will break down and coat the carrot shreds in creaminess and fat. Next comes a couple handfuls of golden brown jaggery crystals, which will add sweetness and draw out moisture from the carrots, creating a small pool of liquid at the bottom of the kadhai that prevents them from burning. Finally, a hunk of everyone's favorite ingredient—ghee, from which the swaad, or joyful taste, comes.

Like all aunties, she knows by sight and feel when to add in the next ingredient. My only job, which even years later remains my only job, is to stir the kadhai.

For all the pastries I've made and restaurants I've worked in, I am instantly humbled in my aunt's kitchen.

There is no succinct way to translate gajar halwa into English because there is simply nothing like it. It's not a cake or a mousse or a bread. And it is definitely not a pudding, although on countless menus and even on Wikipedia, I see it described as such. It annoys me to no end, so today we're going to dispel this association once and for all.

In the US,  a pudding is a cooked (often baked) dessert that's smooth, soft, and creamy. Thickened by eggs, flour, or starch, it has structure but not so much that it can stand on its own. It's served chilled and in a bowl or ramekin alongside a spoon to get scooping. Most of us know a good old American pudding—chocolate, vanilla, and the Southern banana.

In the UK, pudding has savory versions—Yorkshire, steak and kidney, blood. A little less soft, not at all sweet, and often with an extra casing of dough to either contain the filling or be the pudding itself. While I question whether these should be called puddings, I understand that they hold something in common with their sweet brethren in that they are ramekin or muffin shaped, come in individual portions, and are baked. I'll let it pass.

But what I will not let pass is calling gajar halwa a pudding!

Literally translated,  gajar means carrot in Hindi, and halwa simply means sweet in Arabic. Calling it a "carrot sweet" is of course far too basic a descriptor for a dessert worthy of festivals, emperors and my own plate. And calling it a pudding, as you now see, makes no damn sense. Gajar halwa has an al-dente chewiness from the hearty shreds of carrots, nuttiness from ghee, sweetness from caramelised sugar, and umami from khoya. It isn't baked, as most kitchens of middle class families in India don't have ovens. There are no eggs, as Indian vegetarianism forbids them. There is no flour or starch. And it's served warm—hot if you're lucky enough to get it fresh out of the kadhai alongside an equally hot cup of chai.

So why then, do we demote it to a pudding, when it is nowhere close to one? We don't call baklava a layer cake or mochi a dough ball. We call these desserts by their names because that is what they are. They need no translation, only a willingness to taste something you might not have eaten before.

When we don't know what something is, we resort to trying to fit it into old schemas so that it becomes less unfamiliar, less scary.

But what if we let the newness in?

Instead of trying to classify everything, what if we just allowed new flavors, textures, and ideas enter our taste buds so that we may salivate with the promise of opening our minds and stomachs? What if we let ourselves tread in a new world of food—how different could the world be? How much more united?

I love gajar halwa because it is so different than any other dessert I've ever had, and it doesn't fit into any Western ideal of a dessert. It is its own category, democratised by time to be eaten by all people, royal or common. Its only requirement (for me at least) is for it to be winter. As the weather turns in North India, the linoleum floors of our family home become too chilly to tread on without socks and slippers. We sit with woolen, patterned shawls upon our mudiyas—short, wicker stools that every household has at least two of. The stools are so low to the ground that you have to bend first backwards and then down into them, which I'm convinced helps my American knees perfect the famous Asian squat that I can still only partially do.

We gather around the table, warming up through lazy conversations and a steaming crimson bowl of sweet, aromatic gajar halwa. My aunt cracks open fresh walnuts, releasing them from their capsules and onto our bowls, and it suddenly occurs to me that you can crack your own walnuts at home, and that the extra effort to do so makes them taste much more alive.

Gajar halwa gives us all a larger vocabulary and palate for what a dessert can be. It's not a pudding; it's better.

It's never too late to sign up for a subscription! For £5/month, you support my work, which is important and awesome. Moreover, you get access to all my recipes, which take a long time to test and photograph. Sign up today and I'll send you my previous three recipes as a thank you. 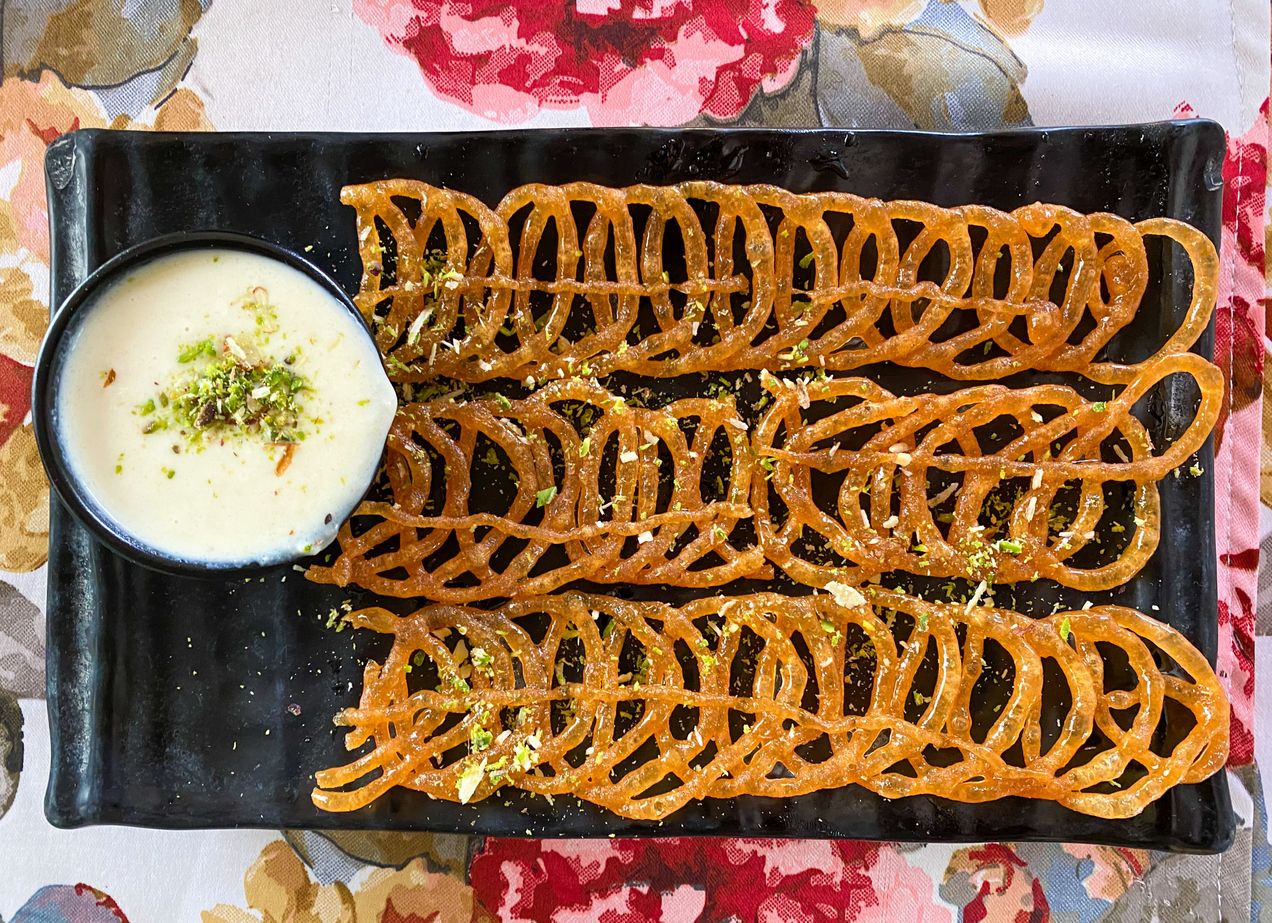 India, Part 1: Red carrots, purple rotis, and hoping he likes it all

💡Eating our way through North India and connecting to the past.I'm back! I know I'd promised y'all lots of content during my month-long India trip—sorry. While I had big plans of doing all that, once I got there, I just wanted to be present and take it all 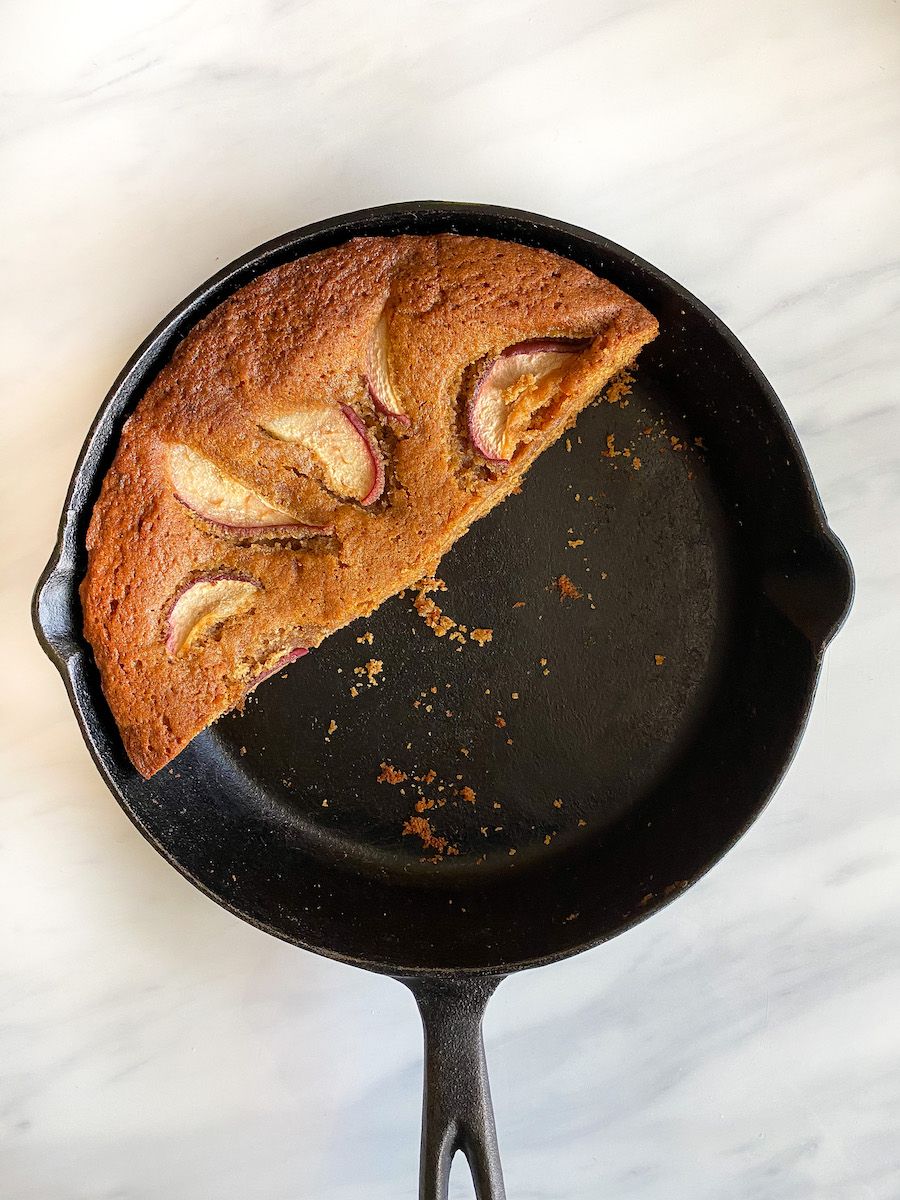 💡AKA: How to buy gifts and overcome colonisation.When you live abroad and visit family in India, and when that family is not in society's upper echelon so they can't often travel, you must bring gifts. These aren't gifts borne from a creative brainstorm or a detailed run-through of each